Vitamin D supplementation can increase bone density. In one study, people with vitamin D deficiency were supplemented with 50,000 D international units of vitamin D twice a week, increasing the bone density of the lumbar spine and femoral neck for five weeks.

Vitamin D and calcium can reduce fractures in the elderly, but vitamin D alone cannot effectively reduce the risk of falls or fractures. People over 65 with low vitamin D content have an increased risk of hip fractures and decreased muscle mass and strength.

When you consume 700 to 1,000 international units of vitamin D supplements daily, the risk of falling is reduced, when 500,000 units of cholecalciferol are given once a year, the chance of falling increases.

Vitamin D and cancer has been established. Vitamin D can help prevent colon cancer, breast cancer, and prostate cancer. Precancerous lesions of the gut and breast are related to the lack of vitamin D receptors in animals.

Some studies have shown that serum 25-hydroxyvitamin D concentration is linked to reducing breast cancer risk, but found no statistical significance. More research is needed to determine the role of vitamin D in breast cancer risk.

There is some evidence that vitamin D can be harmful. A large-scale prospective study showed that vitamin D does not lower the risk of prostate cancer, but that higher circulating vitamin D levels are linked to an increased risk of aggressive disease. Other research suggests that people with the highest vitamin D levels may have a higher risk of pancreatic cancer.

While some studies have shown that vitamin D can reduce the risk of certain cancers, the current evidence does not recommend the use of high doses of vitamin D to prevent cancer. A large-scale analysis of more than 16,000 people showed that overall cancer mortality has nothing to do with vitamin D status at baseline. Overall, research does not support vitamin D’s role in cancer prevention. More research is needed to determine the exact link between cancer and vitamin D.

Vitamin D affects the immune system. Vitamin D can reduce the risk of autoimmune diseases in animals. Conditions that can be affected by vitamin D status include type 1 diabetes, multiple sclerosis, and inflammatory bowel disease.

Vitamin D supplementation in early infants can reduce the risk of type 1 diabetes. One study showed that people with a serum concentration of 25-hydroxyvitamin D less than 20 ng / mL would have an approximately two-fold increase in the incidence of multiple sclerosis in the future. Currently, the only animal, in vitro, and epidemiological studies suggest an association between diabetes / multiple sclerosis and vitamin D. A randomized controlled trial is needed to reach a definitive conclusion.

A higher vitamin D is associated with a lower risk of Crohn’s disease. The reduced regulation of vitamin D is linked to the development of autoimmune processes in animals (including inflammatory bowel disease). Taking vitamin D can improve these symptoms.

Vitamin D and the heart

The renin-angiotensin system is regulated to some extent by vitamin D. Hypertension has an inverse relationship to the serum concentration of 25-hydroxyvitamin D. More research is needed to confirm the causal relationship between vitamin D levels and blood pressure.

Vitamin D and other diseases

Vitamin D is essential for brain development so that it may be related to psychopathology. Patients with Alzheimer’s disease and depression have low serum levels of 25-hydroxyvitamin D. These studies have not proven that low vitamin D levels are the cause of these diseases. 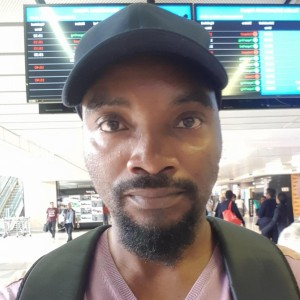 Facts You May Not Know About Fat Soluble Vitamins

The Function of Vitamin B in Our Life

Did You Know, Some Vitamins Can Be Harmful to Your Health?

What Is The Health Benefits Of Vitamin A